Thousands of cyclists conquer valleys and mountains to slay dragon 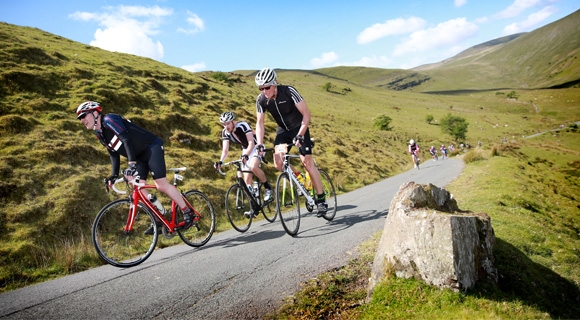 David completed the Macmillan Cancer Support Charity Ride June 7th 2015. The Wiggle Dragon Ride is the hardest longest and highest cycling sportive in the country. David completed the Grand Fondo 142 miles (232 Km) including climbs totalling 12,759 feet (3,900m) in 12hours and 7 minutes. David said that “I was delighted to finish, a real challenge. I am only glad that the sun was shining and it was not cold wet and windy”. The ride starts from Port Talbot and rides across the Brecon Beacon National Park several times taking in noted climbs including the Black Mountain and the Devils Elbow. For the 12th annual dragon Ride more than 5000 riders set off on four levels of difficulty all raising money for charity. Human race who organise the event said: “Many of the 5,000 plus participants were riding to help raise funds for Macmillan Cancer Support, the official charity partner of the Wiggle Dragon Ride. Their Team Macmillan riders have been raising lots of money to help people affected by cancer and in the lead up to the event Kevin Styles had raised the most individually, with over £3,000 going straight to Macmillan. Cecilia Owen from Macmillan Cancer Support adds, “We are really pleased that hundreds of riders chose to support Macmillan through taking part in this event, their fundraising will help us to continue to ensure that no one has to face cancer alone.”